The third instalment of Laying The Beef To Rest sees us hitting another chain restaurant. Which we found out has at least 53 locations in the UK, as originally there was meant to be 52, with each assigned a playing card.

We visited the 10 of Diamonds, otherwise known as the Piccadilly Gardens branch of Byron.

A Byron hamburger is made to our own recipe: four cuts of properly sourced British beef, ground fresh into 3oz patties and cooked medium (or well done), so it’s pink and juicy. We serve it in a squishy bun with a pickle on the side. And that’s it.

£6.95 with a choice of Fries, Coleslaw or Courgette Fries
+ 35p for Freddar Cheese 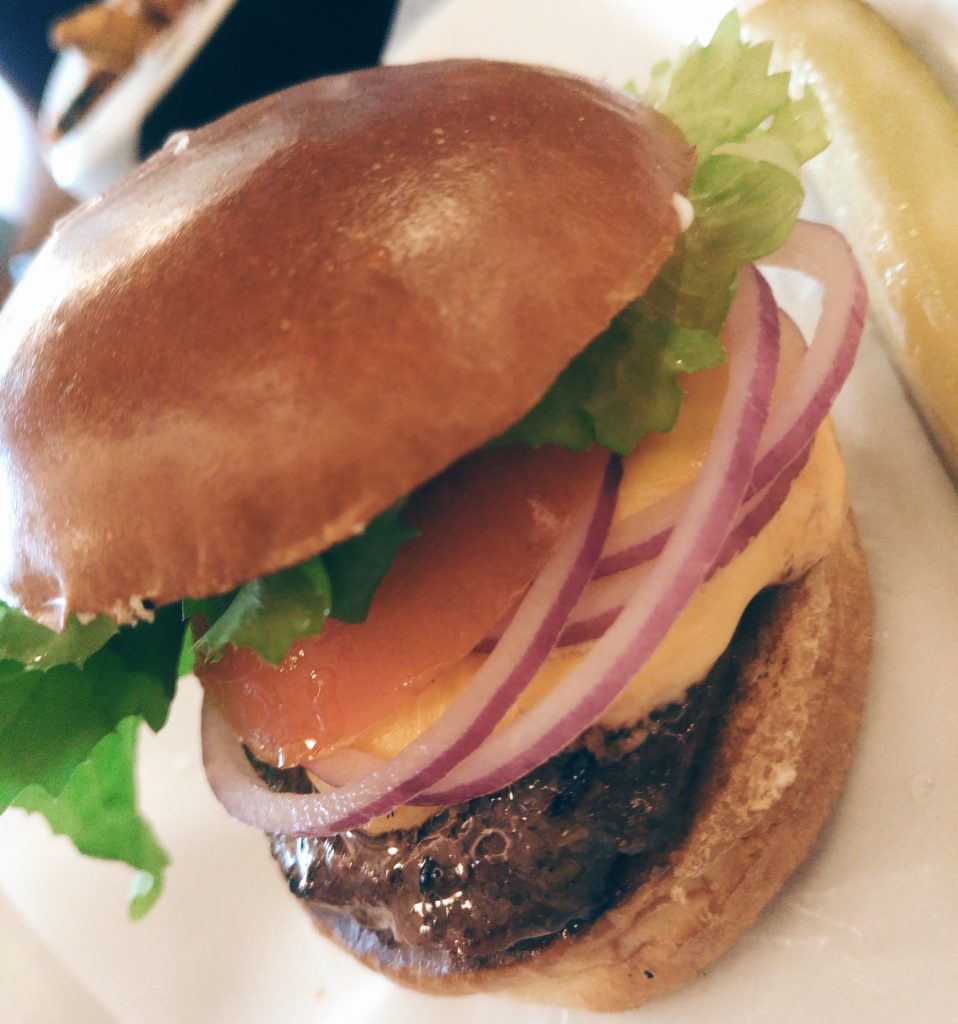 Its all on show here as soon as you get it sat in front of you. Its a spectacularly presented burger. They say the first bite is with your eye, and you really feel like Byron have made an effort to present this in an appealing way. It all looks good, soft bun, fresh looking salad, bonus points for that onion. The Freddar cheese is plentiful, just oozing over the edge. And the patty is looking juicy. 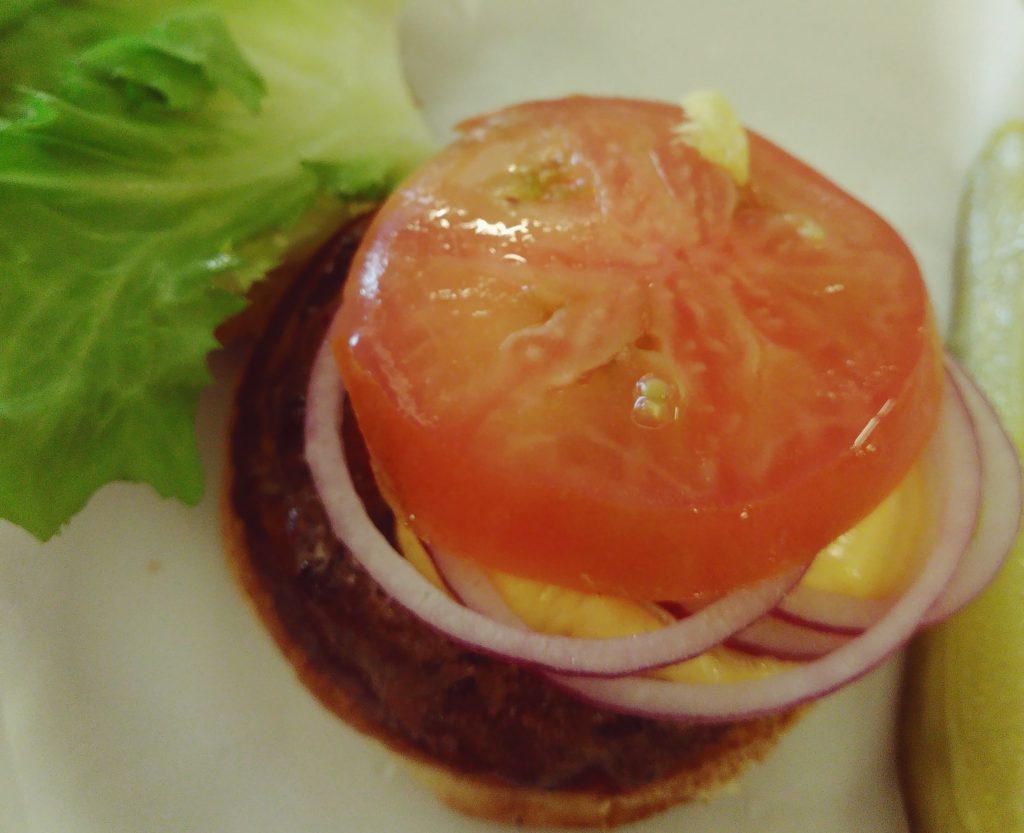 We already saw it all on the first view. But that tomato is looking pretty moist, sensibly its being kept from soaking the bread by the oversized lettuce leaf. Add that to the light toasting you can just see on the bottom bun, means this burger should hold up for the full duration of eating. 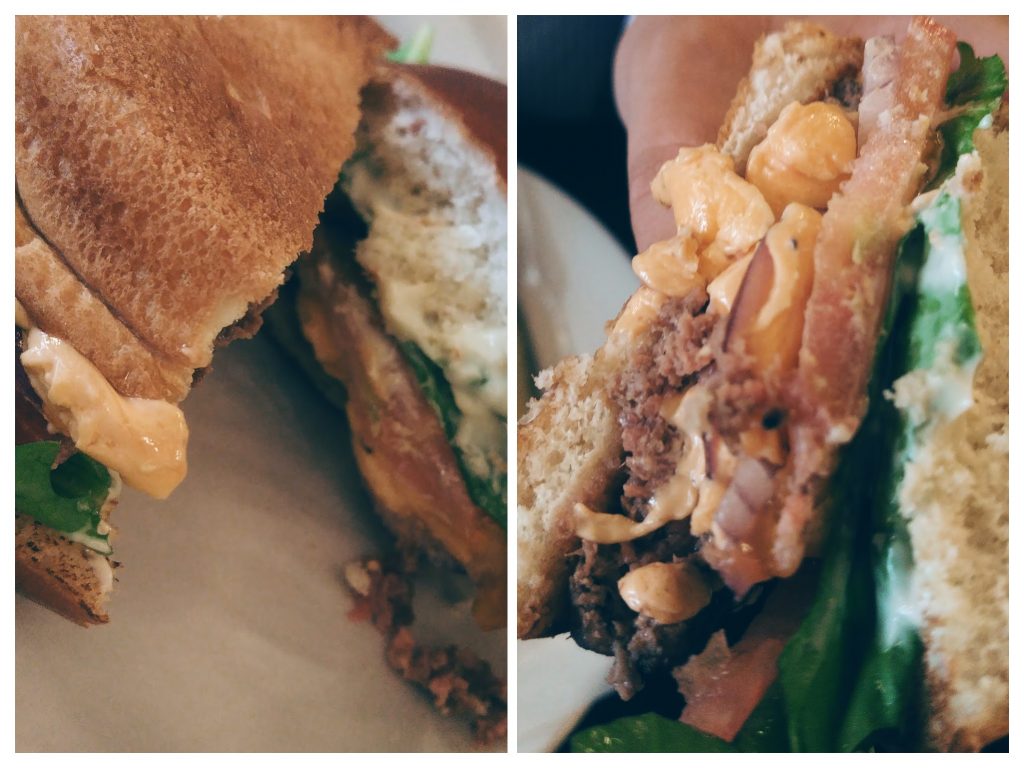 The dissection has revealed a few secrets that weren’t obvious on the first look. We’ve got a slight pinkness to the patty. Byron do offer a well done version if you like, but the El Food Brothers like the pink. Its quite a thin patty, with this being the 3oz burger option (a 6oz is available). Its a bit difficult to see the patty within the burger carnage. Theres a lot of that Freddar cheese though which looks inviting. Its also impossible to miss that Byron are quite liberal with their mayo. A bold choice for a burger sauce, bucking the ketchup / mustard combo. 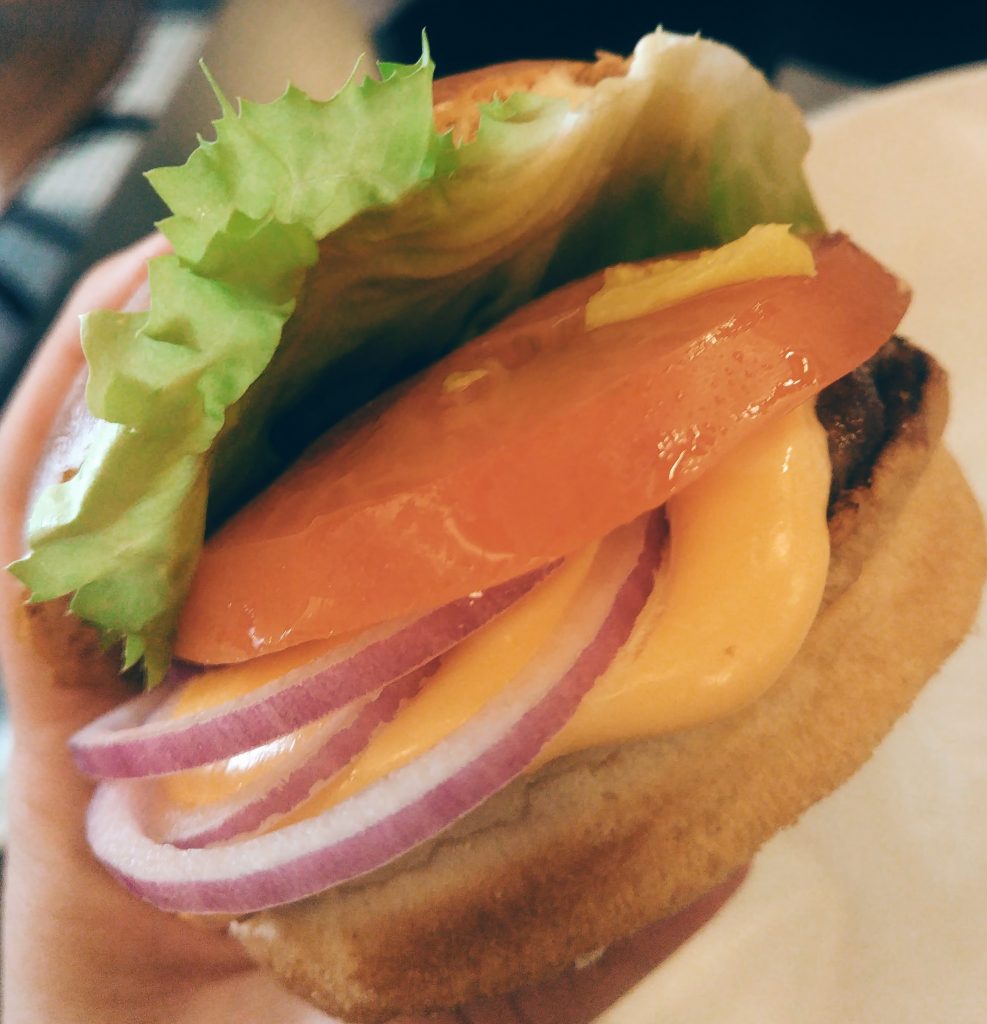 I really wanted an excuse to get this shot in, because I’d be quite happy to hang this as a picture in my house. Its a classic burger shot, and it gives me a chance to highlight the Freddar cheese. No, I’ve not just been spelling Cheddar wrong, Freddar cheese is Byron’s signature cheese. We are told its a blend of Red Leicester, Cheddar and Parmesan, and it looks great in this shot

The Byron cheeseburger has a lot going for it. It looks great, its got  excellent garnish, and a bun that holds everything together, with absolutely no usability issues.

There are a few niggles stopping this from being perfect though. The sauce being mayo heavy, does not work for the El Food Brothers, and the patty could maybe have been a bit pinker. Its likely the 6oz would have provided this though.

The real star is the Freddar cheese though. Its a perfect burger cheese, its got a lovely gooeyness to it, but stays right where you want it. And it tastes amazing. Compare this to other so called cheeseburgers, where the cheese can barely be noticed, the cheese really elevates the Byron burger above the competition.

Byron takes an early lead, fighting of 2 big names of Solita and McDonalds. Theres still room in the 7th heaven scoring for a greater burger to be found. Will the El Food Brothers find it in Manchester? Find out in the next instalment of Laying The Beef To Rest